Something: Unexplained 2 captive of desires

To fix hit the ball in the hole or not, you need to define boundaries for it.

page 8 - Foreground - Closing of the scene from the cavities by means of a black texture with a slot, restricts the movement of the scene


Let's think about what you need to know to determine whether the ball hit into the hole ? 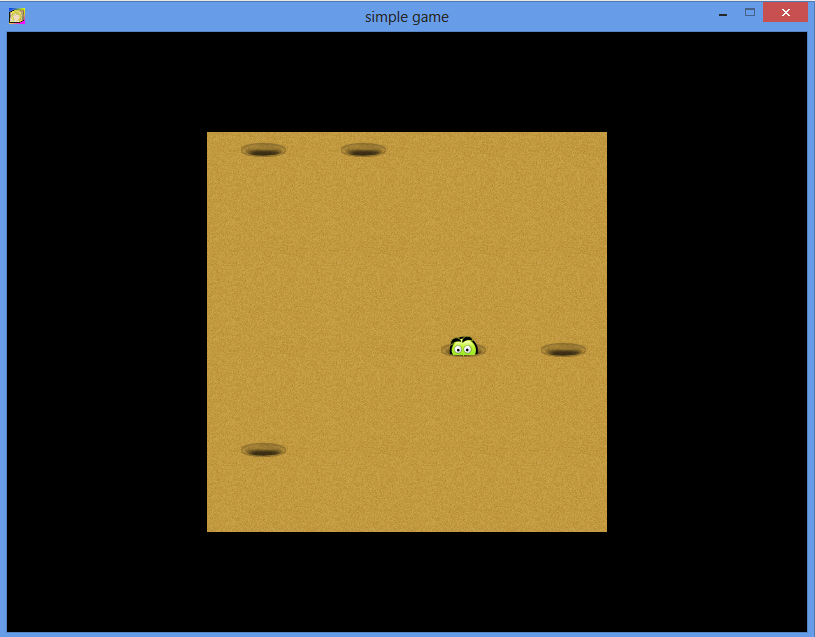 That's right: you need to know the coordinates and the coordinates of the ball well, and even better for them to determine the boundaries - for example in the form of a rectangle, as shown in the figure below. 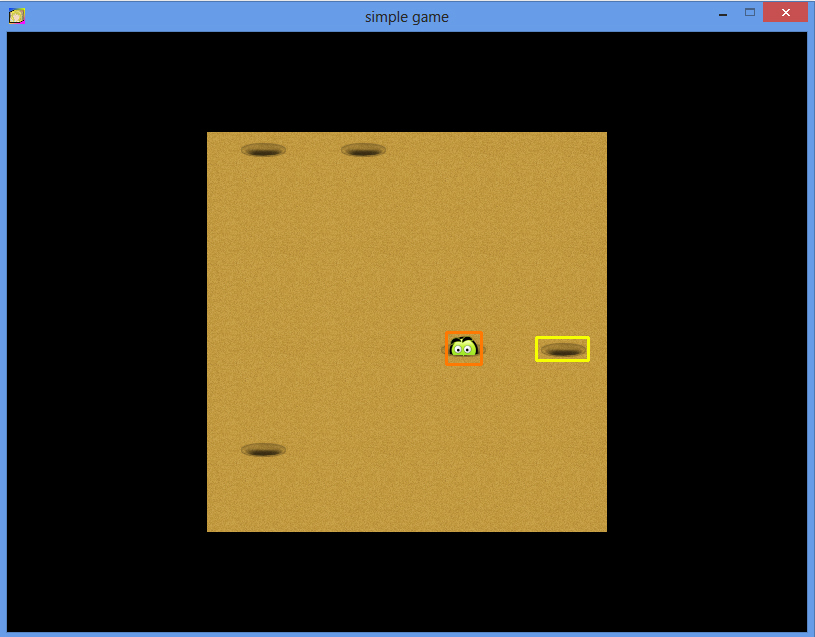 Knowing ball hole borders and boundaries we can determine - whether the entire ball fall into the hole boundary of the border or not in accordance with this decision to make: whether to display the front plate of the hore or not.

And most importantly of course - is the goal of our game: keep track of successful hit a ball into a hole or not. To do this, as you can see, too, will need boundaries.

In parallel, we have to immediately solve the problem -

4) Implement the occurrence of game situations: that the ball started to move and dodge the holes, as well as check and output them from falling into the hole and game score points.

We already know how to move the ball, but now it should not move from mouse movement, but itself.

Just use a random number generator to move the ball, and, from time to time, random changes its direction of movement.

In addition, do not forget to limit the movement of the ball - then he will not go beyond the limits and becomes invisible.

First you need to implement a hit test for a stationary ball and only 1 hole. 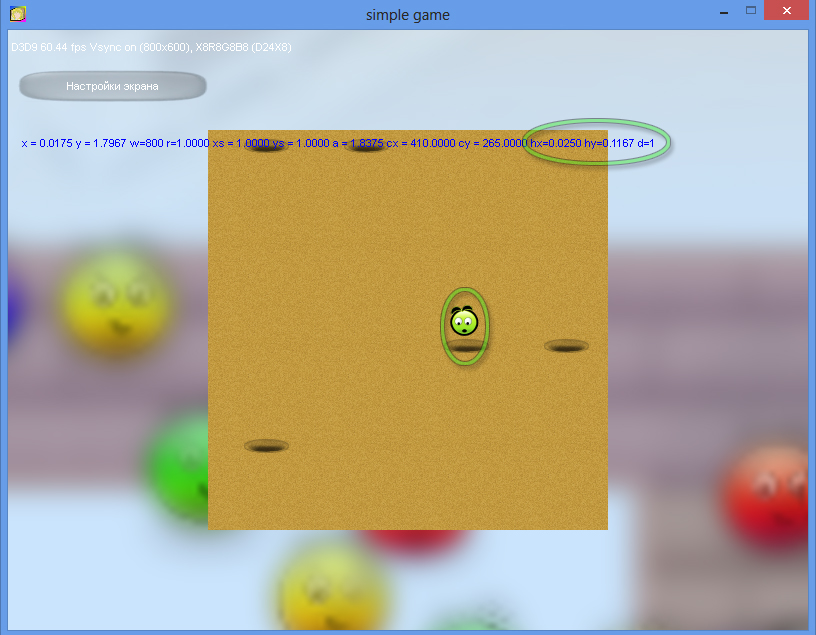 If the ball falls into the hole - consider getting. In the future, in case of the event will be considered gaming score and play the sound.

If the ball does not fall into the hole - the hole does not derive plate.

In the example shown, implemented the definition of a ball falling into any of the holes present in the scene.
For holes used universal identification algorithm - the index of the texture front of the hole, so that the scene can be added to any number of holes without requiring any additional action.

We see that the ball can move freely around the scene in its allotted boundaries.

If you get the ball in the hole generated by the sound of falling into the hole. When the ball is unpredictable change direction also created corresponding to that event sound.

Implemented game score and display of points scored for a successful hitting the ball in the hole.

The game sold play mp3 music, music volume and the playback order of the tracks can be adjusted through a special parameter file.

In addition, there is a possibility to pause playback of music or go to the playback of the next track on the list.

The list of tracks can also be set arbitrarily by a special file.

How to implement all the features shown will be discussed further.

The mouse pointer can be hidden or displayed by pressing a special button.

In the above video mouse pointer is sometimes present, which associated with the video recording features. In a real game, the mouse pointer can be completely hidden.

To have the opportunity to create their own game on the basis of an example simple_game with unlimited possibilities of further expansion! - Subscribe to fle game engine -

Subscribing to fle game engine You get an example of the game simple game with source code, and you can not just read everything that will be described below, but do yourself in your own application with the possibility of unlimited expansion. Also, you get

for the latest version Scene Editor fge 1.0.2 (on current moment) with support for more features: grid settings, scrolling, and more. In the free version, these features are not supported. more details about the distibutive of a paid subscription.