You can now order a paid subscription to fle game engine -

new modern engine to create games on a platform Windows Directx 9c - which is supported by most PCs.

Before you order a paid subscription - read the lessons, download a free version of utilities, members of the fle game engine.

Buying fle game engine You are getting: 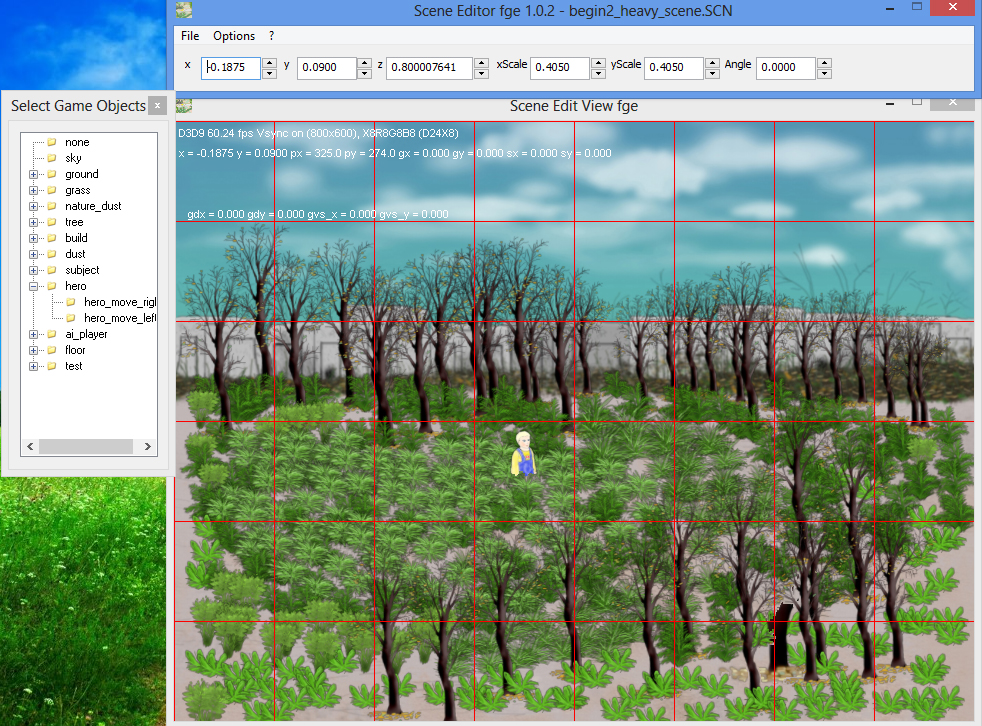 which supports the creation of 2d scenes on a grid,
with scrolling horizontally and vertically. You can create both flat and isometric scenes any conceivable configuration.

Editor Scene Editor fge supports a variety of settings, including:

- the size and color of the grid cell;
- customizable set of game resources to be used in your game;
- grid alignment or without;
- customizable background color, informational signs, grid view (normal or segment);
- the size of the gaming scene in the width and height of the blocks;
- automatic calculation of the coordinate Z;
and some others. 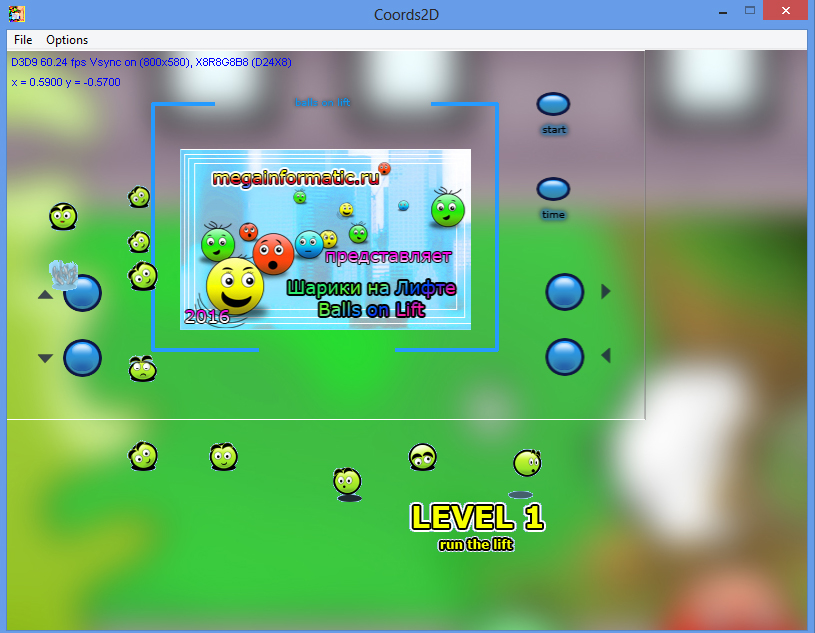 Size of sfx-archive: 36 Mb. It also contains many examples of sprites and other
images of the project fle, bol и др. 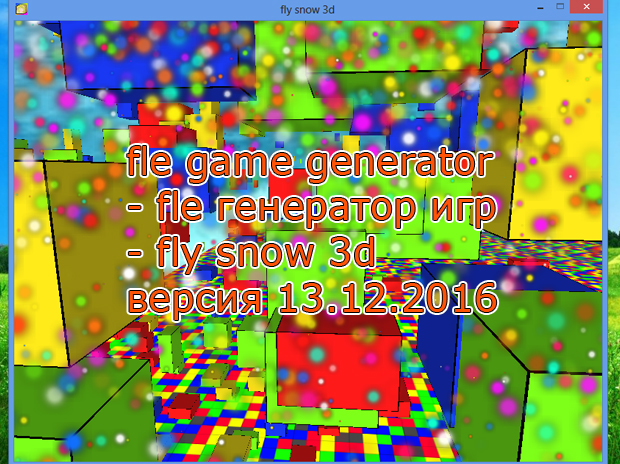 This program will allow you to create different 2d/3d effects. In the near future will support the creation 3d games and apps in fle game engine. Accordingly, the editor Scene Editor fge will be expanded. 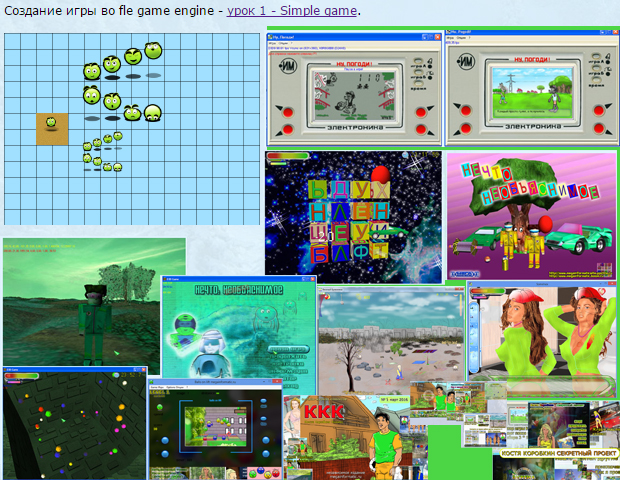 HOW MAKE YOU OWN GAME - Fun Letter Eater You Visual Show

HOW MAKE YOU OWN GAME - Games Developer Kit - Something: Unexplained - captive desires

How make a game ? - we program ourselves.

Introduction to the 2d-games - create a screensaver for the game

Introduction to the 2d-games - animating and moving hero

Introduction to Game Programming in С++ for platform DirectX 9

Master Class: Creating models and textures of the Command Center (as in StarCraft 2)

Journey into the world of 3d

How animate a spider ?

complect Balls on lift game + How make a game

All lessons can be found using site map

This is the first game written in delphi 7. There were no engine fle game engine, but his first foundations were laid.

This is an example of the game from Directx SDK 8, rewritten on delphi 7. The first example of 3d game on delphi for future engine fle game engine. 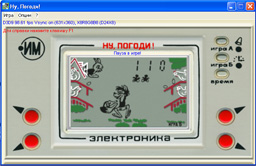 2d game of delphi 7 directx 8.1 / msvs 2005 c++ directx 9c. The first full game, written in two languages - first delphi 7, and then c++. Also refreshed and platform - first game was for directx 8, and then a new updated version has been created for directx 9c. 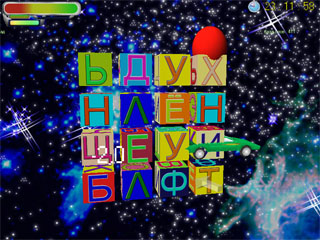 Game on delphi 7 directx 8.1 it contains elements of both 3d, as a 2d - it laid many of the foundations for future engine fge. Unfortunately, the project was never brought to its logical conclusion. But it served as a good basis for the development of many features.

Game on delphi 7 directx 8.1 2d. This is the first full game released on fge indelphi. It contains the basics "dress" - games for girls, which are now very popular in certain circles. During its creation, these genres of games and all these games was not - it was a pioneer in its genre. Also it includes the ability to create their own add-ons without programming. 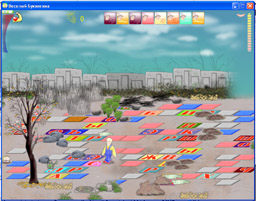 isometric 2d game on msvs 2005 c++ directx 9c. The biggest project - was developed over several years. It is the basis of the engine fge. Also, while not logically complete. But I realized a lot in terms of utility to create the foundations of gaming and game engine. This Scene Editor - editor for maps, and utility Coords 2D - for debug screen coordinates,

In the game I realized: arcade mode and the basis for the creation of arcade games, adventure mode, and the basics of creating quests, change of weather (rain / clear), hidden object and the basics of the games to find items, innovative ideas and their variations - a mix of genres.

It contains the idea of such games, which at that time was not yet - to see Zombies against plant - a type of arcade mode where the hero attacked by spiders.

Farm Frenzy - mode when Bukvoezhka been planting trees and caring for them.

Games in the genre quest - Petka and Vasily Ivanovich Chapayev. At the time of the game it has existed 5 or 6 version of the game.

Many arcade games - such as Super Mario, Braid and others.

Thus the project has incorporated many of the ideas that are ahead of their time, and were later implemented in other projects and most other authors, regardless. 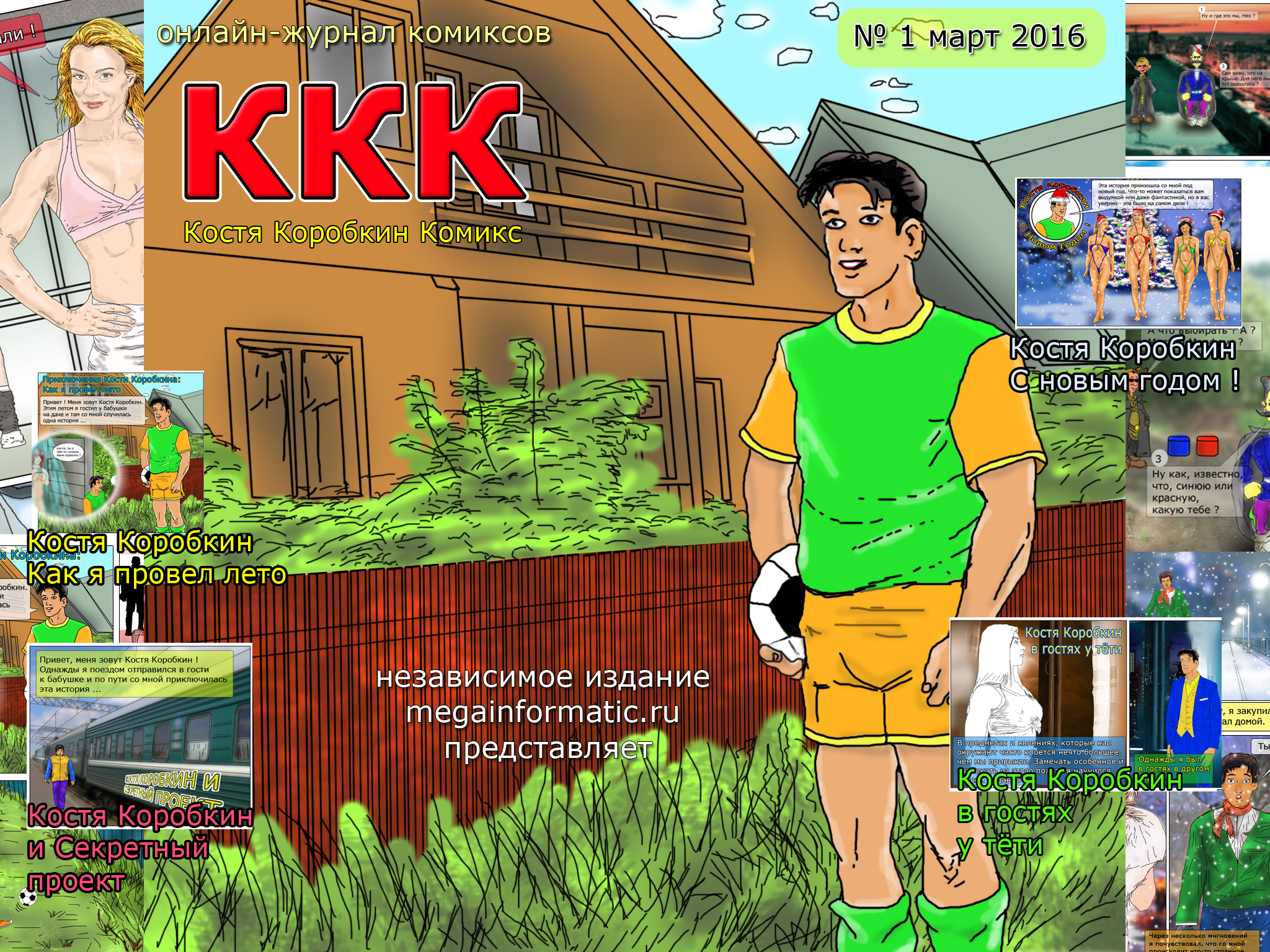 Comics about Kostya Korobkin available for online reading, and as applications for Windows DirectX 9c. The story is accompanied by music. It is possible to stop the playback and zoom the page and other features. You can also create your own comics and applications for display is. 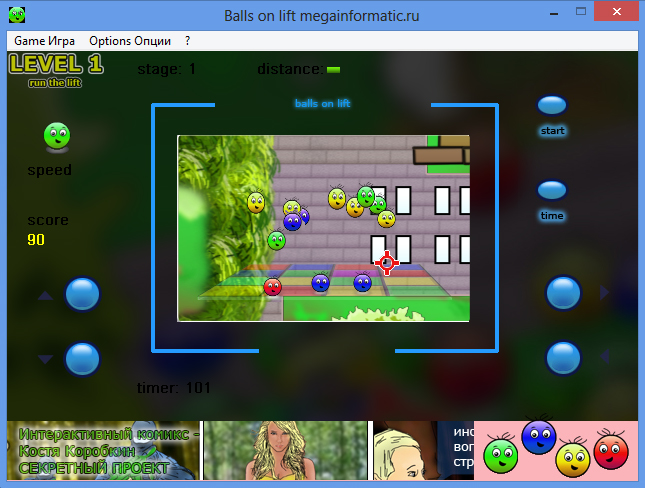 2d game directx 9c. Arcade. Distributed as freeware and shareware. It created a set of lessons for the creation of modifications and additions to the game Balls on Lift with programming and without it - Balls on lift - How make a game.